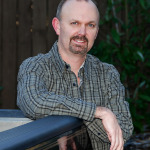 Rick is a native Athenian. Raised in Athens, he graduated from Cedar Shoals High School. He continued his education in the North Georgia Mountains of Dahlonega at North Georgia College (now University of North Georgia) where he earned a bachelor’s degree in accounting. Upon graduation, he returned to Athens and began working at a local income tax and accounting firm. After a few short years there he became one of the owners in the firm and expanded his practice to the growing cities of Dunwoody and Conyers. It was during this time in the early part of his career that he began investing in real estate. By the late 90’s he had sold all of his interest in the accounting practices and started working at Coca Cola in sales. After leaving the company just four years later, his interest in real estate had begun to grow. From that point on he began purchasing properties on his own and later joined forces with his brother, Kevin, and together they formed KARP Properties. 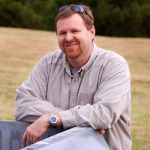 Kevin was born and raised in the Athens area. He graduated from Oglethorpe County High School and later graduated from the University of Georgia with a bachelor’s degree in accounting. While attending high school and UGA, Kevin worked for Food Lion Inc. At Food Lion, Kevin was a trainer and ultimately became store manager at multiple locations across the southeast. He was later recruited by Winn Dixie to open and operate higher volume stores and oversaw over 300 people. Kevin wound up in Milledgeville working for Winn Dixie when he found his passion to work in real estate at Re/Max. After several years working in the industry Kevin moved back to his hometown of Athens GA to begin a real estate venture with his brother. Kevin and Rick formed KARP Properties together and began providing housing for local residents and families relocating to the Athens and surrounding areas.

We rented a property for 3 years and as tenants we were very well taken care of. If something needed to be repaired Kevin or Rick would address it promptly. We can only say good things about Kevin and Rick.
Vanessa R.

While we lived in one of their homes on the Eastside of Athens, we were able to make it our own. If there was ever any kind of problem, Kevin was there within hours of a phone call to assess the situation and did what he could immediately to have it resolved. If he couldn’t fix the problem, someone would be at our home soon thereafter. If one day we moved back, Kevin would absolutely be the landlord that I would rent from again. They take care of their homes and their tenants. Amy T.